Having just raised $750 million a few weeks ago, we have plenty of dry powder and we were deploying it today. And so we would never want to wish anything bad on anybody, but if we could see volatility like today for another week or so I think Ladder capital would do very well.

Since those comments LADR shares have fallen 57% (to mid-afternoon on 3/17).  The company is covered by several brokerage analysts and has been written up many times on Seeking Alpha so this quick note will just focus on whether Ladder is so vulnerable to the effects of the volatility that its CEO wished for? 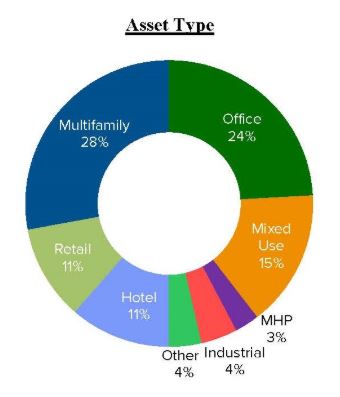 The company made this comment about its hotel assets during the 4qcc:

Ladder has abundant capital available to acquire bargains in the current market.

During a panicky market in early 2016 Ladder’s share price fell to a low of $8.64, but the company delivered excellent operating results for that period as it shifted capital to acquire CMBS securities available at distressed prices.  Brian Harris commented on that quarter’s activity (LINK):

Rather than becoming a victim of current market conditions, Ladder appears to have positioned itself to take advantage of them (4Q19 cc on 2/27):

With a management team and a balance sheet well-prepared for a weak market, Ladder appears to be a bargain at a discount of over 50% to 12/31/19 undepreciated book value of $15.23/share.

At the time of publication I own shares of Ladder Capital.  This disclosure should not be interpreted as any recommendation regarding investment in those shares.  My holding could change at any time after publication.

2 thoughts on “Ladder Capital: Well Positioned For A Distressed Market”