Daily discussion of trade war tactics has obscured the objectives that could be realized from an agreement.  I believe a mutually beneficial outcome is possible, but political pressures could make it more difficult to conclude a deal. This review is not intended as a forecast, but a summary of issues and related risks that provides a framework for understanding news that may appear in coming months. 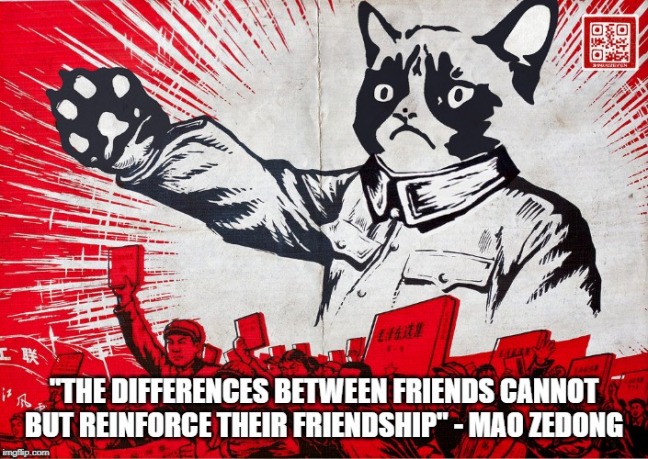 China appears to be willing to make concessions on trade balance, market access, exchange rate, IP protection and cybersecurity. This weekend’s release of “China’s Position on the China-USEconomic and Trade Consultations” takes a conciliatory tone on these issues. Commitments in these areas can be described as serving China’s own interests rather than surrendering to US pressure. Agreement in these areas would be welcomed by American businesses and global financial markets.

China’s Communist Party no longer promotes revolution as a source of its legitimacy, but Xi Jinping has tapped nationalism which he summarized as The Chinese Dream Of The Great Rejuvenation Of The Chinese Nation as a unifying purpose. Tough US trade negotiating tactics risk resemblance to the “unequal treaties” forced upon China by western powers in the 19th century. Even if certain concessions made sense in economic terms, they would be unacceptable if they undermined the role as protectors of national pride that the party and government have defined for themselves. China’s favored terms in all international negotiations are “win-win” and “mutual benefit”. China will be more amenable to concessions if the US permits them to couched in this type of rhetoric. China’s paper on the negotiations repeatedly emphasized the importance of “sovereignty” “dignity” and “respect”.

The confrontational trade policy is driven by Trump, but the details of what sort of deal the US is seeking are unclear. Trump’s staff and his advisors have varying preferences and Trump is famously uninterested in most policy details. He is confident that his gut instinct will guide him to a superior deal and said  “When the time is right, we will make a deal with China.”  I believe this has two aspects:

Trump’s achievements have been scarce. He delivered increased mercury emissions, but Mexico hasn’t built our wall, immigration is a mess, health policy is going nowhere, infrastructure week became a joke, the huge tax cut benefited corporations rather than individuals, the new NAFTA is mostly the same as the old NAFTA and he may have sunk it with his new tariff threats against Mexico. A China trade deal could be one meaningful achomlishment.

Raising criticisms of Chinese policies as part of trade negotiating tactics has hardened American public opinion about China. I believe that engagement and interdependence reduce long-term risks, but we seem to be moving in the other direction. Some even relish the prospect of a racial clash of civilizations. I believe that policies which promote such a conflict would be a terrible mistake, but they may be coming anyway. Chinese policy looks more at odds with Western values than it did five years ago, but considering the changes in China over the past 100 years it would be foolish to assume that current policy will be immutable. Last month Angela Merkel urged Harvard graduates to “tear down walls of ignorance and narrow-mindedness, for nothing has to stay as it is.” I hope that America does not turn away from the economic freedom, flexibility, and openness that have been the foundation of American prosperity.