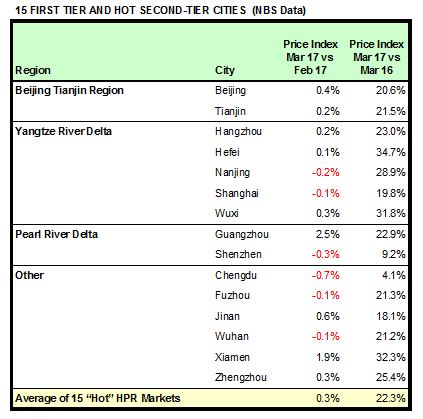 Under the present circumstances lower prices are good news because they mean it will not be too long before restrictions are eased and successful property developers can return to a normal operating environment.  Unfortunately it’s hard to force prices to meet the government mandate of zero increase when nominal GDP and money supply are both rising at annual rates over 10% and per capita disposable income is up over 8%.

By September the base comparison for year-over-year changes will be high enough that the reported annual change in the focus markets will be under 10% and the environment may begin to normalize.  For longer time perspective on China real estate see China Property: Hot or Not?