Stabilization of the Chinese domestic markets has improved prospects for completion of a majority of the ADR buyouts announced this year.

The CSI 300 market cap weighted index of the 300 largest Shanghai/Shenzhen listed stocks has rebounded 16% from its August low and is now unchanged for the year:

The highly speculative Chinext index has rebounded 40% from its August low and is now up 69% for the year. 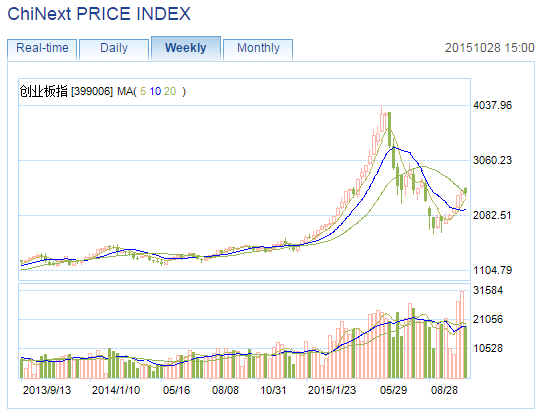 The lagging performance of many US listed Chinese stocks leaves the incentive in place for privatization restructuring and relisting on a domestic exchange.  Market volatility did not stop completion of several deals in recent months (e.g. PWRD and CMGE).  A majority of the transactions on this list are likely to close, although some could have their prices reduced: 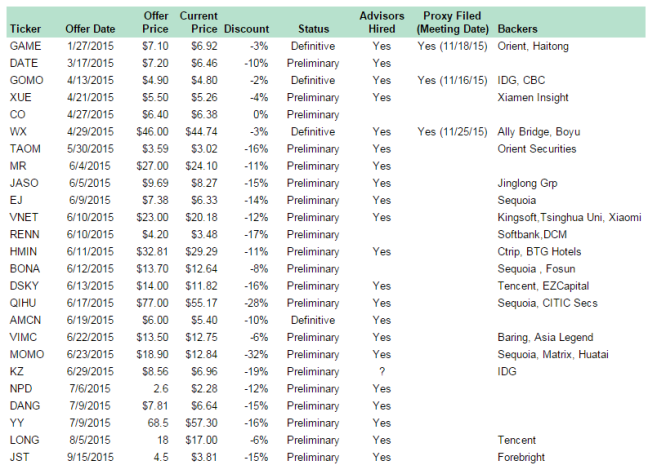